My Theory on Democrats and Death

RUSH: Okay. I want to ask you all a question. I want you to be thinking about it, and maybe you have. I have. I’ve been thinking about this, the answer to the question. The president’s got something going the Oval Office right now, let the press in there and they’re shouting questions at him, and John Roberts of Fox News just shouted a question at Trump.

And if some lamebrain from CNN had asked it, there would have been a tone, it could have been seen as a disrespectful question, but it’s actually a good question. It is this: So we were locked down for, what, seven weeks, two months? And we were locked down to flatten the curve. And the sole reason folks — and people have forgotten — the sole reason for the lockdown to flatten the curve was to make sure the American hospital system was not overrun with cases of COVID-19. 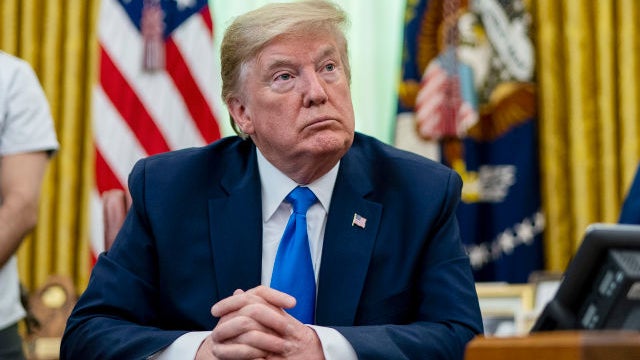 \Locking down was not to prevent the spread of the virus. Well, in a sense it was, but it was only temporary. There’s nothing permanent that can be done. This is the key here. The lockdown and the shutdown would have no impact on the spread of the virus eventually, ’cause people at some point are gonna have to come out of their hovels. And if there’s no vaccine and if there’s no therapeutic treatment or cure then we’re right back where we were before we shut down.

So the reason for the shutdown, flatten the curve so the hospital system was not overwhelmed. Turns out that the hospital system was not overwhelmed and there are many hospitals that are flat-out empty right now because they were so prepared for COVID-19, and they didn’t get any, they were not overwhelmed, and elective surgeries were prohibited. And so you have a lot of hospitals across the country now where there were not peak periods of the pandemic that are losing money because they don’t have any patients. People were told not to go to the ER for anything other than COVID-19. And people didn’t.

But after seven weeks or two months, the decision was made to reopen ’cause we’re killing the country. We’re killing the economy. We are at unemployment levels that rival the Great Depression. Coming back from this is going to take some time. So the question that John Roberts just asked Trump, “Mr. President, if it’s true that opening the country expands the likelihood or the probability that more people will contract the virus, are you saying that people are just gonna have to adjust and learn to live with this?” That’s my question to you. Because to me there’s only one answer to this. 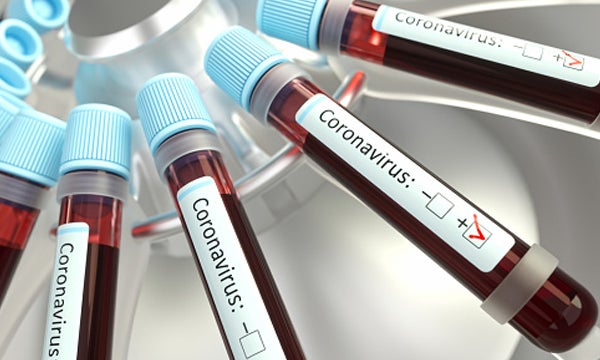 Now, I mentioned in the previous half hour of today’s exciting program that somebody will put out some good news, like FISA has put out good news today about, “Hey, we may have a vaccine, we begin clinical trials on Monday. We may have a vaccine by September.” I said it will be followed immediately, the next day at the latest, some health expert somewhere will come out with a story, “We may never, ever have a vaccine.”

Well, we’ve been through that cycle. I have here a story from Monday, right here my formerly nicotine-stained fingers. A CNN story, headline of the story: “What happens if a coronavirus vaccine is never developed? It has happened before.” 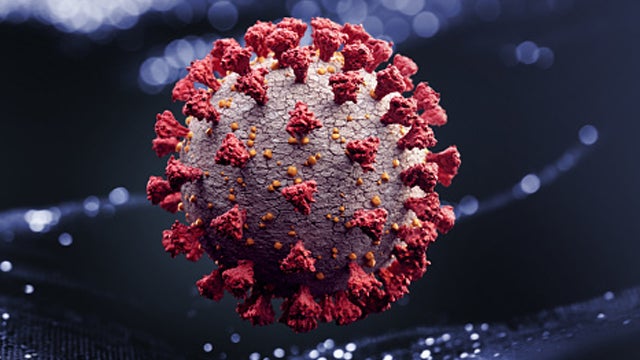 We call flu shots vaccines, but they’re not. You can go get a flu shot and still get the flu. But if you take the polio vaccine, you’re not gonna get polio. If you take the smallpox vaccine, you won’t get it. We don’t have that for the flu. We don’t have that for HIV, the virus that causes AIDS. So how do we possibly get through the day? How do we possibly survive? How do we live, folks?

Well, we just gut it up and do what we have to do because there aren’t really many alternatives. You can’t stay hunkered down and shut in for your entire life. You cannot hide from something that’s gonna get everybody. There is only one person in the history of the world who conquered death, and that person is Jesus Christ. Nobody else has conquered it. Nobody else will. It is going to happen to each and every one of us.

And I have to tell you something, folks. I was thinking about this. I’ve mentioned this before, but the audience here, you know, our computer models show our audience is now 43 and a half million. The latest model forecast and prediction, 43 and a half million people. There are people tuning in every hour for the first time. So they have not heard the point I’m gonna make. And I think it’s a very important, crucial point.

And part of that self-awareness is the knowledge that we’re gonna die. We don’t know how. We don’t know when. But we know it’s gonna happen. Yet we somehow are able to go through our lives not living every moment in abject fear that we could die tonight, this afternoon, tomorrow, next day, whatever. Even when we go to funerals, death still remains something that largely happens to somebody else. Until you get older and your friends start dying or getting sick that will lead to death, or until those kinds of things start happening to you. 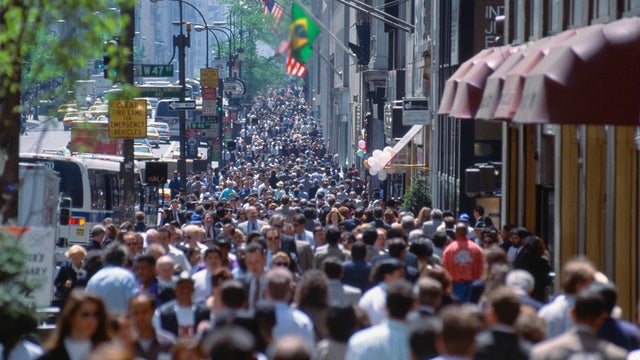 I think some people aren’t. The wires have gotten crossed in their brains, something is wrong. They’ve been educated in a foul way. I think a lot of people are unable to put it out of their minds that they’re gonna die. I think they live with the fear most every day. I think they happen to be liberals. I think it’s one of the factors, in fact, that makes liberals, liberals, is they are unable to get past the idea and live a normal life without being governed by the idea they’re gonna die.

Look at what liberals are made of. Everything about liberalism is what’s gonna kill us, what’s gonna kill you, and how not to be killed, and how to avoid it. And these are the same people who at the same time don’t want any religion. They don’t want any god. They don’t want any way of finding a way of dealing with this reality. They want you to join them in the perpetual never-ending fear over death. And so they concoct all these things that they tell you are gonna kill you, from oat bran to caffeine to too many eggs, you take your pick, virtually everything in life that you do, particularly if you’re in America, is going to kill you.

I believe they can’t put it out of their mind. And I’ll tell you something else. This theory of mine was confirmed. I’m gonna let you all in on a secret that you will not believe unless I had built up to it this way. On Sunday I actually watched Michael Moore’s latest documentary, Planet of the Humans. I watched it because I had read that it destroys the environmental movement. So I wanted to see if it’s true. 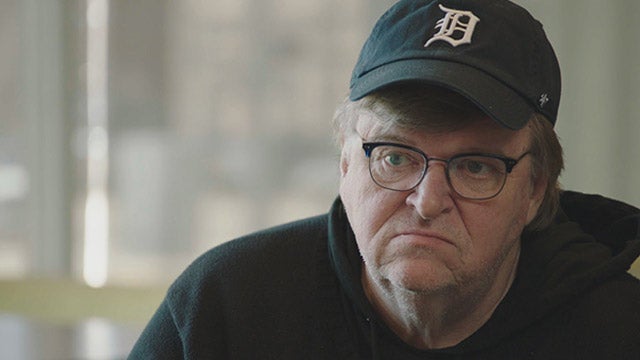 It does. It literally destroys the Sierra Club. It destroys everything. It destroys Algore. It destroys every environmentalist wacko theory that’s out there. It goes to Chevy where they’re going crazy over their new electric car, the Volt, and they got some guy from General Motors plugging in the charge, you know, like when you go to the gas station, you fill up by plugging the pump into it. This guy’s plugging his hose that’s got the charger on it, and the guy in the documentary is saying, “Well, where is the power to charge this car’s battery coming from?”

And the guy says, “Uh, the power plant.”

“Are you telling me that coal is powering electric cars?”

“Oh, yeah. We try not to admit it, but, yeah.” They destroy wind. They destroy solar. They make the point — Snerdley, this is great. In this movie, what is demonstrated is that a bunch of really sneaky, deceptive capitalists actually run the green movement and are profiting from all of these suckers. They’re the ones building the wind turbines and the wind farms. Greedy capitalists are the ones making green energy go. And they’re investing in coal. You really need to watch it.

Now. Moore’s solution — he does a great job destroying the green movement, but then he reverts to form by saying the real problem is there are too many humans and that we need population control and that’s the problem. But in the process this movie has been banned everywhere. And there is an effort to have it banned on YouTube.

But during this movie, Mr. Snerdley, the narrator, the producer goes to talk to some left-wing psychiatrist and shrink in his office about how these people can be so duped by all of this. He said it’s all because they can’t get past the fact that they’re going to die. They live with the idea that they’re dead or are going to die every day and are trying to stop it and are trying to prevent it. I’m watching this, and I’m saying, damn. My self-evolved theory has just been explained and verified right here in some kook’s documentary.

But I think it is a factor. Stop and think. I’m sure most of you in this audience never think about your own death. Oh, you might. I mean, really random, but it’s not something that’s imminent. It doesn’t govern your life. Oh, you may not smoke because of it, you may not drink because of it, but it’s certainly nothing that dominates your existence. But to these people it is.

So imagine if your brain didn’t have the ability to turn this reality off. Imagine if your daily existence was totally absorbed with your own death and that everything around you could kill you, then you might understand liberals. That’s only part of what makes a liberal a liberal. It might help you to understand why there are so many people that want a permanent lockdown and shutdown.

So the question: What happens if a coronavirus vaccine is never developed? It says here, “Societies may instead learn to live with it. Cities would slowly open and some freedoms will be returned, but on a short leash. … Testing and physical tracing will become part of our lives. … Treatments may be developed, but outbreaks of the disease could still occur each year, and the global death toll would continue to tick upwards,” and we’ll just have to deal with it.