Lockdown Advocates Are More Determined Than You Know

RUSH: This guy, you know, he’s a joke. He’s a charlatan. He’s been sending out phony data as part of his models, and that data has been used by American health experts and officials to dictate American behavior.

Now, we’re learning a lot more about this guy as the days go on. “The scientist whose advice prompted Boris Johnson to lock down Britain resigned from his Government advisory position on Tuesday night as The Telegraph can reveal he broke social distancing rules to meet his married lover.”

The guy was having an affair! And he broke his own social distancing rules to get together with the paramour. “Professor Neil Ferguson allowed the woman to visit him at home during the lockdown while lecturing the public on the need for strict social distancing in order to reduce the spread of coronavirus.”

Now, this woman lives with her husband and their children in another house, and because they’re uber-leftists they have an open marriage. “On at least two occasions, Antonia Staats –” hat’s her name, S-t-a-a-t. And wait ’til you hear what this woman does. Maybe it’s Antonia. I don’t know. “Antonia Staats, 38, travelled across London from her home in the south of the capital to spend time with the government scientist nicknamed Professor Lockdown.” 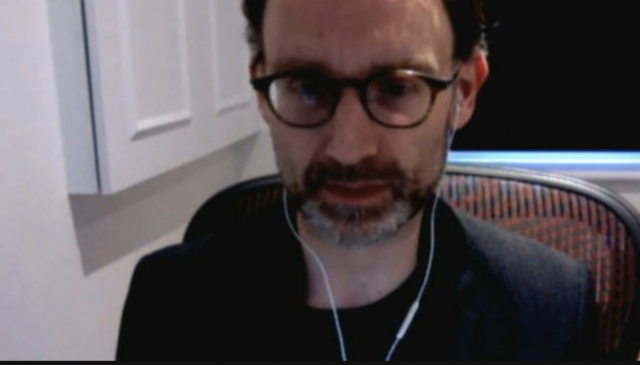 That’s his nickname over there. “The 51-year-old had only just finished a two-week spell self-isolating after he tested positive for the virus. Professor Ferguson told the Telegraph, ‘I accept I made an error of judgement and took the wrong course of action. I have therefore stepped back from my involvement in SAGE.'” SAGE, by the way, is an acronym. It stands for the Scientific Advisory Group for Emergencies.

The first of the paramour’s visits to this clown’s house in violation of social distancing was Monday, March 30th. It coincided with a public warning by Professor Ferguson that the one-week-old lockdown measures would have to remain in place until June, but not for him, see. Oh, no. Not for him. Not for his paramour. No, no, no. That’s for everybody else.

Now, this babe, this Antonia Staats, S-t-a-a-t-s, it’s just a little added item of interest. The media, obviously, everybody focused on the hypocrisy and the titillating sex. This guy breaking his quarantine and so forth. She works, this paramour of his, works for a left-wing, an uber-left-wing group called AVAAZ, A-V-A-A-Z. I had never heard of them. I had to go out there and had to look ’em up. You know what their number one issue is? Climate change.

My point is that this clown is not a scientist. He’s a left-wing activist who has phony computer model data that he doesn’t even believe in himself. He puts it out and American health experts bought into it hook, line, and sinker. They used it to set original data and behavioral practices and restrictions on the American people. This guy is out advocating social distancing while not practicing it himself.

These are people that believe you can never let a good crisis go to waste. And this one, I’m telling you, folks, that everybody you think is a hero because of the media, every blue state governor, every blue state politician, every so called great journalist or whatever, every one of these leftists advocating for lockdown continuing, advocating for the shutdown continuing, these are people who think this is the greatest opportunity they have had drop into their laps. 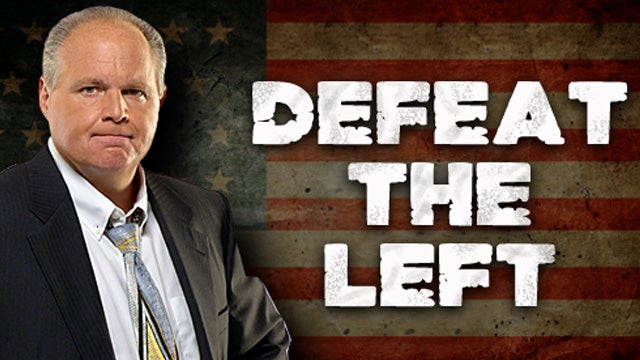 And then the climate change crowd, they’re out there saying, “Look at what’s happening. We’ve got a good test going here, gang, we’re getting rid of fossil fuels ’cause nobody’s driving and nobody’s flying, and look at the pollution that we’re cleaning up.” So folks, left-wing activists who literally want to transform this country into their socialist utopia are reveling in this opportunity.

This is the greatest opportunity they’ve had just thrown right in their lap, if it was. “What do you mean by that, thrown in their lap?” There were some things behind this that were pushing us in this direction. We’ve never shut down the U.S. economy like this for any reason. We’ve never done what we did here. And now that it’s shut down, can you remember either in history or in your lifetime, can you remember as many advocates for remaining shut down, for remaining in lockdown, for continuing the destruction of the American economy? 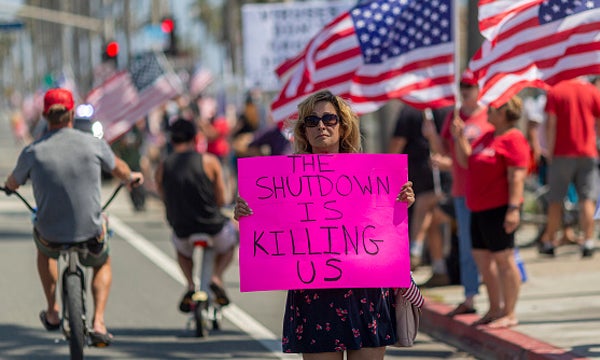 Madeleine Albright teaches it. Madeleine Albright, the former secretary of state for William Jefferson Clinton now teaches at Georgetown University. She teaches young skulls full of mush that come into her class, nothing special about America, America was an accident of the calendar. America was just a happenstance. All these particularly brilliant people from the U.K. — sorry, Great Britain — ended up the United States at a point in time where they wanted to do something new. But there’s nothing exceptional. There’s nothing special. There’s nothing that sets the United States apart. She’s teaching this.

There are more people in this country who think that than you would ever believe, than you want to believe. And they are in the media, and they are in elective office. They are Democrats. They are leftists. And they are hell-bent on taking this opportunity and maximizing it as best they can. It makes no common sense to want to continue to advocate turning this country into a ghost country. It makes no common sense to take action, to want to take action that will essentially destroy and wipe out the United States economy.

RUSH: Don’t doubt me, folks. “A host of celebrities and scientists including Madonna, Robert De Niro,” a bunch of stars are demanding that the world not go back to normal, that we transform away from a consumerist economy “to help save the planet.”

RUSH: I’m telling you, it is a frightening moment in America. You know what? I’m talking to more people…

And there are people they are afraid of that they’re naming to me, who they see as having a very powerful and direct role in shaping what life is gonna be post-pandemic. Look, the reason for the fatalism is all economic. If you take away from people their ability to be self-sufficient and self-reliant, and if you convert everybody — or the vast majority of people — to dependence, then you own them.

And that’s why… You know, normally I wouldn’t tell you what a bunch of Hollywood actors and actresses think. But just in order to of impress upon you not to doubt me here about people willing to use this pandemic to forever alter the American way of life. And many of the people advocating for this are some of the people who have benefited the host from the American way of life.

Well, there is a common denominator, folks. 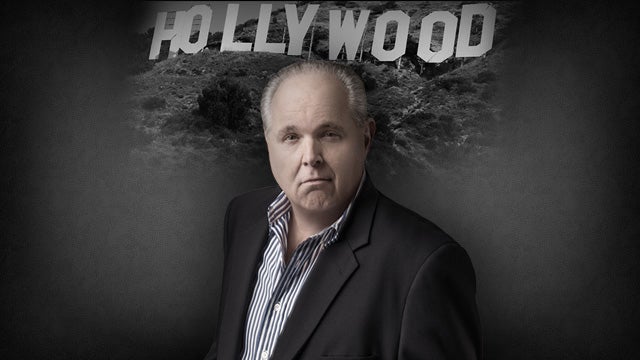 There is a link to all these people. It’s called liberalism. It’s called communism, socialism. It’s called the Democrats, however you identify the leftist ideology. “Hollywood stars Cate Blanchett, Jane Fonda, Marion Cotillard and Monica Bellucci also added their names to the open letter published in the French daily Le Monde … pleading for an end to unbridled consumerism and a ‘radical transformation’ of economies to help save the planet.”

So a letter signed by these literal kooks, oddball freaks — they’re freaks!

“‘We believe it is unthinkable to “go back to normal,”‘ said the letter which was also signed by Nobel laureates for medicine, chemistry and physics, as well as peace prize winner Muhammad Yunus. They said the pandemic was a tragedy but it was a chance for humanity to ‘examine what is essential.

“It’s where all the things we…” It also happens to be the place that made them who they are, made them wealthy, made them famous, made their dreams come true — and yet here they are joining an effort to essentially ruin it. Not on my watch. I simply can’t sit by and let these people take their shot at it.