RUSH: Here’s Joanne in upstate New York. Great to have you. Welcome to the EIB Network. Hello.

CALLER: Hi, Rush. I need to thank you for calming me down every day.

RUSH: Aw, I appreciate you saying that.

CALLER: (groans) I can’t take it anymore. (groans) I am the curve. I’m about to break. We just got… Even though we live in upstate New York, we have a rental home in New Jersey, and Governor Murphy just signed an executive order allowing tenants to use their security deposit and apply that to rent, and they do not have to pay that back ’til such time as their leases get renewed. 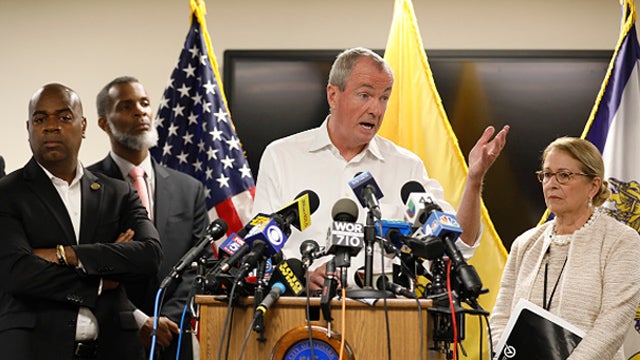 RUSH: I get it. So you… According to the governor, Phil Murphy, you get to pay yourself rent?

CALLER: Exactly, and if my tenant decides to leave, and if they damage stuff, I’m stuck, because it’s impossible to go after a tenant once they have left. It costs you more than whatever damage they’ve done. They don’t have to pay. So now we have — and the money that we’ve been paid, we’re not these rich landlords.

RUSH: Oh, yes, you are! Yes, you’re rich. To the Democrat Party, you have a bottomless pit of money and all you’re doing is exploiting your tenants. You’re a slum landlord.

RUSH: There are insects running around your rental units and they don’t care. The pipes are rusty, and you’re exploiting your tenants, and they’re living in veritable poison, practically dying because you are a tightwad cheapskate. You’re raping ’em financially every day and it’s about time they got even with you!

RUSH: That’s the Democrat Party attitude toward you.

CALLER: Absolutely, and this money that we’re putting aside is going towards college funds, and it’s barely… We’re still putting in money out of our pockets.

RUSH: Don’t worry about college funds. The Democrat Party will be forgiving student loans and there won’t be a need for education, because they’ll have your kids indoctrinated by the fifth grade.